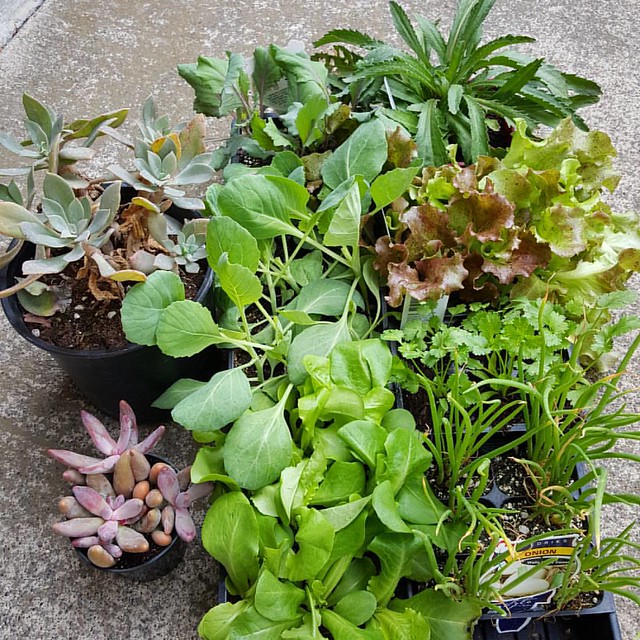 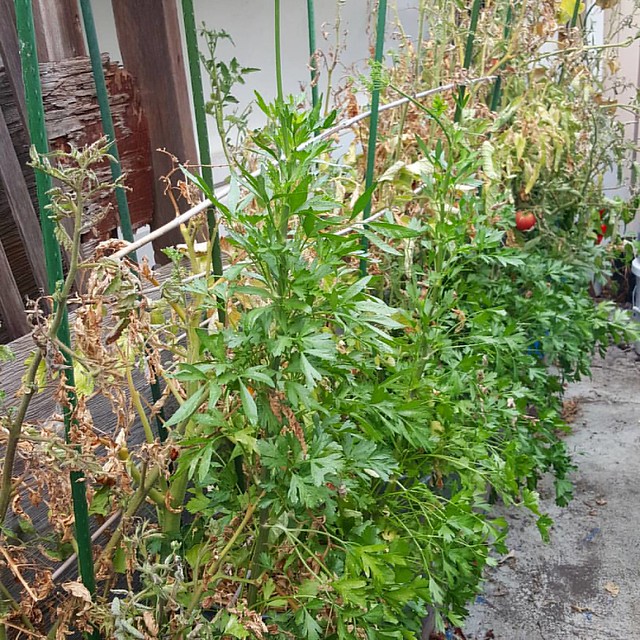 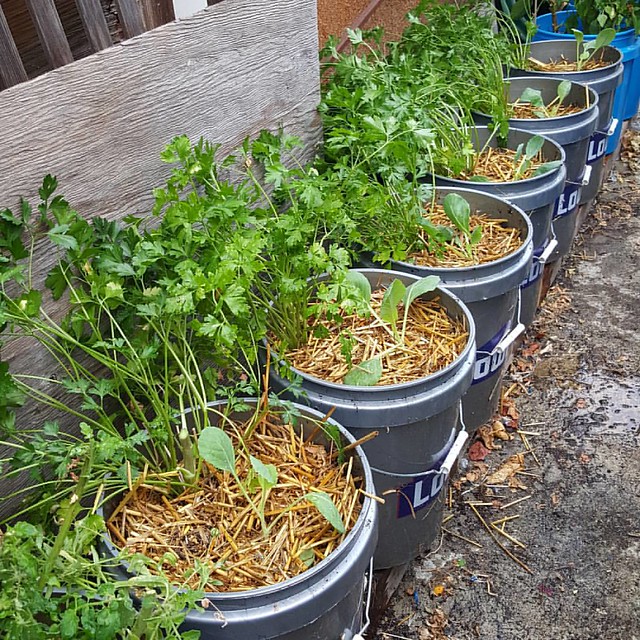 I divided more of the Portuguese Kale (from a crowded cell pack) and potted about seven of them into 3″ pots. There are still a bunch in the cell pack. They sure planted a lot of seeds. I didn’t know where to plant the three Asparagus crowns I bought a month or two ago… so I temporarily placed them into a small pot with soil. They started sprouting and are getting tall, so I potted each one into a separate 5 gallon pot with lots of manure, compost, fertilizer and Azomite. I left about two inches at the top of the pot and will fill it in with more compost later.

My Mom says that her Tuberose has never bloomed, so I am going to repot them and give them a good supply for organic fertilizer, compost and Azomite. Hopefully they will bloom for the first time this year! There were a bunch of Bloody Dock seedling volunteers in the Tuberose pot. I’ll divide them up and plant them in individual containers. I think I will donate some to the Vallejo Garden Club. I didn’t think the Red Potatoes were going to sprout, but today I saw that they are starting. Finally, I harvested more Red Giant Mustard and Swiss Chard. We seem to have a neverending supply of them (pretty good for a 6 cell pack). It started to rain last night and for some reason I felt the need to buy some leafy winter vegetable starts, so I visited Mid City Nursery this afternoon. I didn’t find any leafy vegetables, but I got a six-pack of Walla Walla Sweet Onions which contained about 17 seedlings. I haven’t grew big Onions, so this will be good experience.

I also wanted to try Parsnips, so I got a packet of seeds, but when I got home, I discovered they were not Parnips, but Parsley… actually Hamburg Root Parsley ‘Piestruska’ which seems similar to Parsnips, so these will do. I’m interested in trying them out.

Hmm… This just popped into my head… I just realized that Parsnips kinda sounds like a combination or Parsley and Turnips. I wonder if that’s how it got the name. Although, I think they are from two different families. I’ll have to look that up.

The Snap Pea ‘Sugar Ann’ seeds that I soaked are just starting to sprout roots, so I planted those into about 22 newspaper pots.